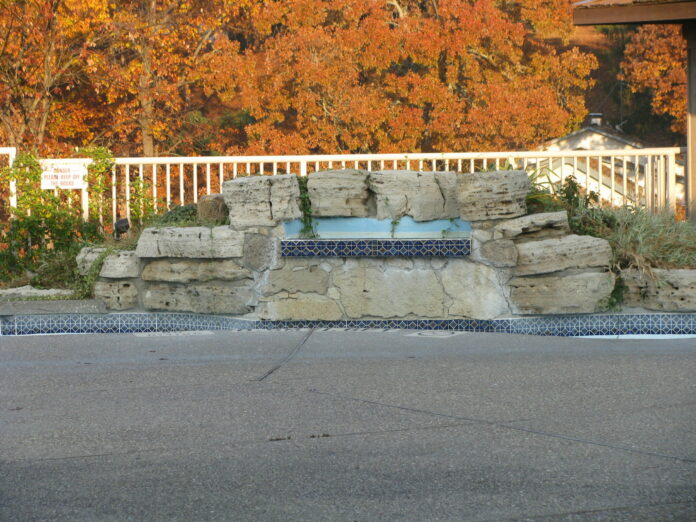 We want to start today by taking stock of the extraordinary moment we’re in as a country, where many citizens are willing to consider profound changes in institutions and practices we’ve taken for granted.

Now we’re going to focus our attention on a group that wants to change how the government deals with issues of race and poverty. We’re talking about the Poor People’s Campaign, a national call for moral revival. This weekend, the group has been holding a virtual gathering called the Mass Poor People’s Assembly and Moral March on Washington. Organizers say that more than a million people tuned into yesterday’s events by the Facebook livestream, and they continue online tonight.

We wanted to learn more about what’s behind this gathering and how it’s connected to the current moment of protest, so we’ve called on the co-chairs of the Poor People’s Campaign. Reverend Liz Theoharis is the director of the Kairos Center for Religions, Rights and Social Justice at Union Theological Seminary in New York.

Reverend Theoharis, welcome. Thank you for joining us.

MARTIN: And the Reverend William Barber II is the president of Repairers of the Breach, which is based in Goldsboro, N.C. He’s also a winner of the MacArthur Fellowship, a so-called genius grant.

Reverend Barber, thank you so much for joining us once again.

WILLIAM BARBER II: Blessing to you. Thank you so much.

MARTIN: And I’m going to start with you, Reverend Barber. In a speech during yesterday’s event, you framed the issues facing the country not as liberal versus conservative. You said they are a matter of life versus death. I’m just going to quote from your speech.

You said, quote, “for far too long, our public leadership has been too comfortable with other folks’ death. The truth of the matter is Republicans racialized poverty, and too many Democrats run from poverty. It’s time to say every piece of public policy has a death measurement.” Can you tell us more about what you mean by that?

BARBER: Well, in this season of deep public mourning, where we’ve had over 100,000 people to die needlessly, many of them from the – our – or COVID-19 because of our response. We’ve seen death by persons shot on TV. At least three are shot on TV, knees, lynched on TV. We’re in a season of death.

But we’re saying that people even before that and even during it – 700 people die every day from poverty, a quarter million people a year, according to a study from Columbia University. Thousands of people die for every 500,000 people denied health care. And so this weekend in Tulsa, Trump was trafficking in division and distortions and possibly death. We were talking about life and liberation. We were saying it doesn’t make any sense, and it doesn’t have to be.

MARTIN: Reverend Theoharis, obviously you’ve been working on this campaign for far longer than recent weeks, right, when people have been protesting in the streets. I mean, this has been a long-term project of yours. As briefly as you can, what exactly is this movement calling for?

THEOHARIS: What we’re calling for is a bold and visionary set of policy demands that includes universal health care, that includes free education up to the college level, that includes shifting money from the military and from the police into social programs of uplift like health care and living wages and adequate income and welfare programs.

MARTIN: And as I suggested in our – in the beginning of our conversation, a number of groups are coming forward right now from a lot of different places in society – in the academy and religious leaders like yourself, religious leaders and social activists like yourself, you know, academics, to say that there really seems to be something fundamentally broken right now. But a number of the changes that people have – are envisioning and talking about have been surfaced, for example, say, during the presidential campaign that is ongoing and evokes this furious reaction.

And I just wanted to ask you – each of you, as briefly as you can – I mean, the Poor People’s Campaign is nonpartisan, but how do you make your case to people when the country is so polarized on something like defunding the police? I mean, in your case, you’re talking about ending providing military equipment to local police departments. I mean, the Obama administration did that, and the Trump administration reversed that. So how do you make your case to people who find all these ideas really threatening or infuriating, even?

BARBER: What we are indeed showing is saying to these parties, the reason they can’t get people to move is because they don’t even talk about the poor, and they don’t show the intersectionality. They don’t talk about interlocking injustice. We say there are five of them – systemic racism, systemic poverty, ecological devastation, the war economy and the false moral narrative of religious nationalism. And they all represent five interlocking injustices that are undermining the hopes and the dreams of this society.

MARTIN: Reverend Liz, what’s your metric for success? How will you know that you’ve succeeded?

THEOHARIS: In the leadership that is arising from our communities. Yesterday, I heard as we were in the middle of our assembly from folks that are in high political positions to folks that are texting me from their homeless encampments – folks coming forward and saying, this is the movement that we need in this moment, and that the lie that we can’t have housing, that we can’t have health care, that we need to just settle for less is being exposed, and that people are coming together across all these lines that divide us into a powerful movement that needs each and every person in this country to join.

And so I think as we see people coming in and taking action together, as we see people building a power and a unity that can make our power structure say yes when they have been saying no to the poor, to the marginalized, for so long, then we know that we’re on the right track, and we’ll – we will win this race.

MARTIN: That was the Reverend Liz Theoharis and the Reverend William Barber II. They are the co-chairs of the Poor People’s Campaign.

Reverend Theoharis, Reverend Barber, thank you both so much for talking with us today. I hope we’ll talk again.

BARBER: Thank you so much. Forward together.

THEOHARIS: Not one step back. Transcript provided by NPR, Copyright NPR.

Source of original article:John D. and Catherine T. MacArthur Foundation (www.delawarepublic.org).
The content of this article does not necessarily reflect the views or opinion of Global Diaspora News (www.GlobalDiasporaNews.com).

Protecting Rights through COVID-19 in Mexico

First feel me, then heal us, Chicago man who knows violence all too well writes