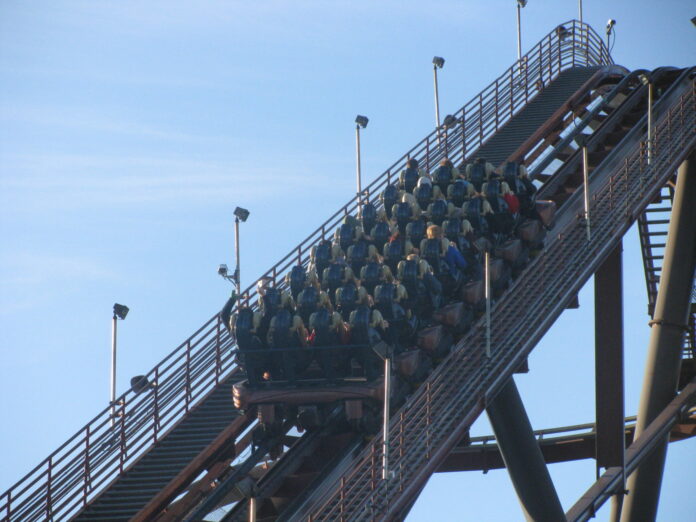 The impact of the coronavirus COVID-19 has not only aggravated Australia’s economic situation but also strained relations with the Chinese government. Goods and services exports to China represented 32.6 percent of total exports in 2018-19. Education and tourism are part of the services sector.

Ban on visitors coming from China

The extension by the Australian government of a travel ban on people coming from mainland China has deepened this crisis. The ban does not apply to Australian citizens or permanent residents though those brought back on special flights from Wuhan have been placed in quarantine.

The ban has plenty of support on local social media despite its effects on the economy:

Wrong! Australia has 2 protect its people. That’s the first priority for @ScottMorrisonMP government. PM took the right decision. China puts 56 million people under a strict lockdown to prevent spreading of Coronavirus infection. Australia is fully justified in doing what it did. https://t.co/e75WqdCWTj

The hypocrisy from China is gobsmacking. China itself in internal lockdown because of a virus it tried to coverup and *refused to share with WHO* criticises other countries protecting their own borders & people. Australia must not relax the travel ban. #Coronavirus #Covid19 https://t.co/Ashnji91VG

Keep the ban! Stop worrying about the bottom line and our economy all the bloody time and do what is right for Australia because if you allow China to start coming here again when the coronavirus is still large there will be no economy, the disease will be everywhere ! Man up!!

However, not everyone is impressed by the government’s actions:

I cannot believe how poorly this has been handled. Next time I watch border force it will be with head in hands at the inadequacy of our governments leadership. #Dim or what
Coronavirus: Australia extends travel ban on people entering from China for a week https://t.co/rtvuZt9zaz

Tourism was already suffering because of the national bushfires disaster. Chinese visitors made up approximately 15 percent of total tourists in 2019, spending over $AU 12 billion [USD 8 billion]

However, suggestions that the ban should be lifted to help tourism are not popular with everyone:

I strongly disagree it. Protecting Australia and Australians safe, security and well-being is the No. 1 task for Australia government and all Australians. Putting a China tourism ban in place is an effective way to achieve that goal. https://t.co/oU1plWd9GY

The ban has also caused a panic in the education sector as 100,000 Chinese students, half the 200,000 enrolled in Australia, were back home when it was imposed. It has been estimated that the $AU 37 billion [USD 24.7 billion] university and training sector could take a $AU 8 billion [USD 5.4 billion] hit in the first half of 2020. Since the United Kingdom and Canada do not have bans, there are fears that students will go elsewhere with the possibility of losing 30 percent to competitors.

A positive sign has been China’s move to relax Internet restrictions so that students can study online. This is an unprecedented step as China strictly controls access to the internet as the country has self-imposed a Great Fire Wall that censors a number of non-Chinese sites and platforms such as Facebook, Youtube, and Twitter. Australian universities have been putting hundreds of programs online so students can commence their courses this month.

Despite being major trading partners, Australia/China relations have suffered numerous tensions in recent years. The exclusion of Chinese telco Huawei from Australia’s 5G network rollout is one sore point among a growing list of issues causing discord between the two nations.

The Chinese reaction to the ban has been measured, expressing “regret” at the decision and calling it an “overreaction”.

This tweet underlines the reality that Australia is unlikely to be uppermost in the minds of China’s leaders at the moment:

#Coronavirus is more than a minor cold for the Chinese economy; for China to instantly create a large hospital to deal with it, sums up China’s knowledge of the outbreak and potential to spread. They’ve got more to worry about than another week’s travel ban to Australia. #AusPol

Racist reactions down under

Meanwhile accusations of racism related to the virus have brought mixed responses on social media. Former race discrimination commissioner, Tim Southphommasane, was in strong agreement with concerns raised by the Chief Medical Officer:

Australia’s Chief Medical Officer Brendan Murphy speaking out against the rise of racism connected with the coronavirus. Good on him. Let’s hope certain media outlets won’t now denounce him for “race baiting” or being a “race hustler” https://t.co/3nmawZaKVo

Chinese Australian Erin Wen Ai Chew regularly speaks out against racism on her Facebook page. However, the closure of Melbourne’s Shark fin restaurant prompted this plea:

I am most disappointed in our own Chinese/Asian Australian community who have fallen for the fearmongering from the Australian Government and the tabloid media hysteria and racism over the coronavirus.
As a whole Australia is disappointing and have let Chinese/Asian businesses down. This is the result of the ignorance and what false mass hysteria can do. This is not saying that the threat of the virus “isn’t dangerous”, but it is saying that we in Australia are over reacting and as a Chinese Australian I feel we have let our own businesses down.
I will definitely keep supporting our Asian/Chinese businesses, I suggest all of you do too!

It seems that not everyone will be heeding her request:

Sorry but avoiding asians in Australia at the moment is not racism, it is a safety precaution. Asians have a much higher risk of having close contact with people who have recently returned from mainland China and that is where the outbreak originated. Playing it safe isn’t racism

Former Prime Minister Kevin Rudd shared a different view of Scott Morrison’s government’s handling of the crisis in a radio interview with the national broadcaster, the Australian Broadcasting Corporation: “…we have seen very few expressions of genuine solidarity, sympathy and support from the Australian government to the Chinese people.”

Rudd is also a former diplomat specialising in Chinese matters, but was not diplomatic in his attack on Peter Dutton, the Home Affairs minister: “Dutton has a long history of… dealing with race related questions with less than… appropriate sensitivity.”

He cited the decision to quarantine Wuhan evacuees to the remote detention centre on Christmas Island as an example, suggesting Dutton would have picked a different location “for white people”. His comments met with online opposition:

All you’re doing is slanging abuse and partisan talking points. Rudd’s criticism of him here is inane and disgusting.
I support Dutton’s policies and denounce false and therefore vile inferences of racism against him.

The travel ban extension is for one week. It will be interesting to see if the Chinese government does more than express regrets if it becomes a weekly occurrence.

A crowdsourced effort to collect online resources about the coronavirus response

The Guardian Calls Trump a Nazi and Jews His Enablers

The Coronavirus Crisis Shows Local Farming to Be an Existential Need

Rabbis Who Shunned Corona Orders Must Be Held Accountable

The Actions of Some Haredi Leaders on Coronavirus Is Inexcusable

In Malawi, a ritual is under threat from Christian preachers. Why?

Personal Liberty and the Obligation to Save Lives