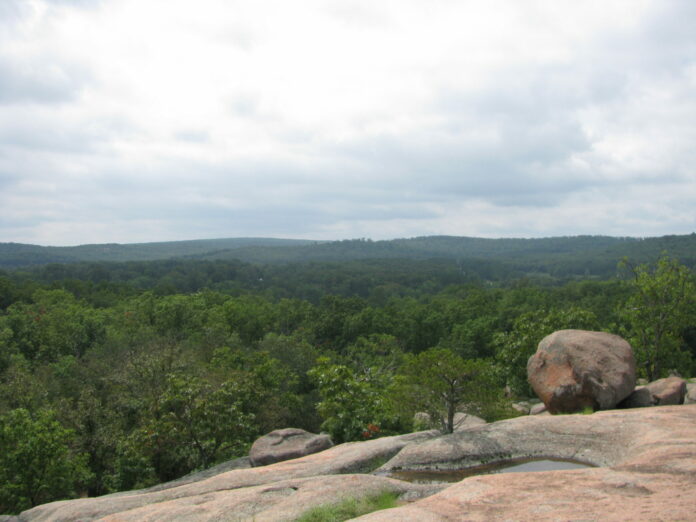 Carnegie Hall Tuesday announced the launch of its updated Timeline of African American Music providing the next generation of students, educators, researchers, and music lovers worldwide with an interactive digital resource exploring the rich history and influence of African American music.

Encompassing the earliest folk traditions to present-day popular music, the newly designed timeline—created through major multi-year support from the National Endowment for the Humanities (NEH) Digital Projects for the Public program—is a detailed view of the evolution of African American musical genres that span the past 400 years. This exploration of African American musical traditions reveals the unique characteristics of each genre and style, while offering in-depth studies of pioneering musicians who created some of America’s most timeless artistic expressions.

The genesis for the timeline came in 2009 when the late internationally renowned soprano Jessye Norman—the curator of one of Carnegie Hall’s first citywide festivals: HONOR! A Celebration of the African American Cultural Legacy—believed it was important to have an online educational companion to expand the audience’s journey of discovery of the origins of African American music.

“As a complement to our HONOR! festival, Jessye was passionate about the idea of creating an ongoing resource that would help people to understand better the richness and complexity of African American musical traditions,” said Clive Gillinson, Carnegie Hall’s Executive and Artistic Director. “Our first online timeline grew out of her vision. In the years following the festival, we were delighted to hear from educators and other partners, telling us how the timeline had become a valuable tool in their classrooms, helping them to trace the evolution of different musical genres and enabling them to bring stories to life. Now with funding from the National Endowment for the Humanities and additional work by leading scholars, it’s been wonderful to build on our original project to create something even more exciting, accessible, and comprehensive. As we launch this new edition, I know Jessye would have been so proud of all that her dream has become.”

Carnegie Hall worked with pioneering ethnomusicologist Dr. Portia Maultsby—founding director of the Archives of African American Music and Culture at Indiana University and consultant for the National Museum of African American Music—to research and design the original online timeline, based on Dr. Maultsby’s foundational scholarship. With contributions by numerous notable scholars and assets from the Carnegie Hall Rose Archives, the timeline became an integral part of the Hall’s online educational resources after the HONOR! festival, serving multiple constituents for more than a decade.

With support from the NEH, Carnegie Hall once again worked with Dr. Maultsby and a team of notable scholars of African American music, history, and culture to reimagine a new iteration of the timeline—updating the digital technology, creating digital stories, and researching additional content to serve a new generation of audiences.

The updated timeline is an historical study and a celebration of living musical traditions. Visitors to the timeline can expand their knowledge of African American musical genres through multimedia stories, recordings of legendary musicians, and rarely seen historical images from Carnegie Hall’s Rose Archives. Closely connected to Carnegie Hall, this interactive presentation of the timeline examines seminal African American musical, cultural, and political events, including those that have taken place at the Hall throughout the past 130 years. The updated platform contains three main content threads—Sacred Traditions; Secular Traditions; and Jazz Secular Traditions—and currently provides information on more than 50 musical genres with ties to African American traditions from spirituals and ragtime to jazz and hip hop. In addition to the interactive timeline with archival materials and audio examples, a series of articles has been commissioned covering a range of topics from African origins and adaptations in African American Music, and Caribbean and Latin connections in jazz; to media, technology, and the African American music business.

Key Advisors on the Timeline for African American Music

The complete list of contributing scholars can be found here.

Maintaining an open-door policy since its doors opened in 1891, Carnegie Hall has been the site for trailblazing performances by numerous African American musicians. A fascinating history of African American culture can be traced through the long list of acclaimed classical, jazz, R&B, and hip hop artists and pioneering political and social figures who have graced Carnegie Hall’s stages over the past 130 years.

Famed soprano Sissieretta Jones was one of the first African American headliners to appear at the Hall, making her debut in 1892, one year after it opened. Other historic events include Marian Anderson’s 1928 debut, John Hammond’s famous 1938 “From Spirituals to Swing” program, and the Kool Jazz Festival’s “Young Lions” debuts of Wynton Marsalis and Bobby McFerrin in 1982. The evolution of jazz can be traced through Carnegie Hall concerts—from James Reese Europe and his Clef Club Orchestra (1912) to W.C. Handy and Fats Waller (1928); from Benny Goodman’s integrated orchestra (1938) on through the debuts of Duke Ellington (1943) and Miles Davis (1949), to John Coltrane performing with Thelonious Monk (1957). Black social causes have frequently found a platform at Carnegie Hall as the Hall has served more broadly as a prominent public forum for a range of causes throughout. Early on, Booker T. Washington made the first of his 15 appearances in 1896, and in 1904, Washington shared the stage with W.E.B. Du Bois on a three-day conference of African American leaders. Marcus Garvey also addressed Carnegie Hall audiences four times. Decades later, Dr. Martin Luther King, Jr. served as keynote speaker for a 1968 benefit that marked the 100th birthday of Du Bois, who had died in 1963.

Continuing to build on this historic legacy, in recent years, Carnegie Hall presented the citywide festival HONOR! A Celebration of the African American Cultural Legacy, a 19-day offering of events recognizing trailblazing musicians and the courageous artists curated by the late soprano Jessye Norman. Carnegie Hall festivals have since explored aspects of the African American culture and experience including programming dedicated to examining art and music created in the time of slavery, the Great Migration, and during the Civil Rights Movement in the 1960s. Looking ahead, the Hall’s upcoming Afrofuturism festival in February/March 2022 invites audiences to take a journey through this thriving aesthetic movement that looks to the future and imagines alternate realities through a Black cultural lens, intersecting music, visual art, literature, politics, science fiction, and technology.