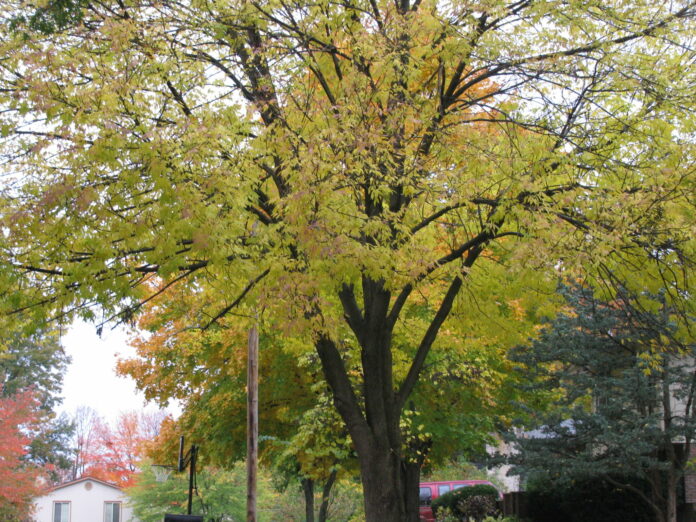 During 2018, one in six U.S. adults reported binge drinking during the past 30 days. Among those who binge drank, 25% did so at least weekly, on average, and 25% consumed at least eight drinks during a binge occasion. Some sociodemographic groups and states with low binge drinking prevalence reported large quantities of alcohol consumed during binge occasions.

Excessive alcohol use* is associated with disease, injury, and poor pregnancy outcomes and is responsible for approximately 95,000 deaths in the United States each year (1). Binge drinking (five or more drinks on at least one occasion for men or four or more drinks for women) is the most common and costly pattern of excessive alcohol use (2). CDC analyzed data from the 2018 Behavioral Risk Factor Surveillance System (BRFSS) to estimate past 30-day binge drinking prevalence, frequency, and intensity (number of drinks per occasion), overall and by select characteristics and state. The overall unadjusted prevalence of binge drinking during the past 30 days was 16.6%, representing an estimated 38.5 million U.S. adults aged ≥18 years; prevalence was highest (26.0%) among those aged 25–34 years. The age-standardized binge drinking prevalence was higher among men (22.5%) than among women (12.6%), increased with income, and was highest among non-Hispanic White adults and adults in the Midwest Census region. State-level age-standardized binge drinking prevalence ranged from 10.5% (Utah) to 25.8% (Wisconsin). Among adults who reported binge drinking, 25.0% did so at least weekly, on average, and 25.0% consumed at least eight drinks on an occasion. To reduce binge drinking, the Community Preventive Services Task Force recommends increasing alcohol taxes and implementing strategies that strengthen regulations to reduce alcohol availability.† The U.S. Preventive Services Task Force recommends clinicians screen adults for alcohol misuse in primary care settings and provide counseling as needed.§

BRFSS is an ongoing, state-based, random-digit–dialed, landline and cellular telephone survey of the U.S. noninstitutionalized adult population that collects health-related data nationwide.¶ In 2018, the median survey response rate** for all states and the District of Columbia was 49.9% (range = 38.8%–67.2%).†† CDC analyzed data from 398,485 respondents aged ≥18 years in the 2018 BRFSS to estimate past 30-day binge drinking prevalence, frequency, and intensity. Binge drinking prevalence and frequency were assessed with the question, “Considering all types of alcoholic beverages, how many times during the past 30 days did you have 5 (4 for women) or more drinks on an occasion?”§§ Intensity was assessed with the question, “During the past 30 days, what is the largest number of drinks you had on any occasion?” (3). Unadjusted and age-standardized (to the 2000 U.S. standard population) binge drinking prevalence and 95% confidence intervals (CIs) were estimated overall. Age-standardized prevalence was also estimated by respondents’ sociodemographic characteristics (except prevalence by age group), including sex, race/ethnicity, income, marital status, veteran status, education, region, county urbanization level,¶¶ and state. State-level prevalence estimates and 95% CIs were grouped into tertiles to identify geographic patterns. Because of the highly right-skewed distribution of the data, similar measures of binge drinking frequency and intensity among adults reporting binge drinking were estimated with medians and variances derived using Taylor series linearization. The means and 75th and 90th percentiles for frequency and intensity were also calculated to further characterize the distributions of these measures. Statistically significant differences between medians were defined as p<0.05 using pairwise tests and nonoverlapping CIs. All analyses were performed using SAS-callable SUDAAN (version 11.0.3; RTI International), and sampling weights were applied to account for complex sampling design, including nonresponse bias and noncoverage errors, and to improve representation of the adult U.S. population in different states.

During 2018, one in six U.S. adults reported binge drinking during the past 30 days, increasing their risk for many preventable adverse health outcomes. Among those who binge drank, one half did so at least twice per month; one half of men consumed at least six drinks and one half of women consumed at least five drinks on a binge occasion. These median values are lower than the mean values for binge drinking frequency and intensity, but better represent how often adults who binge drink typically do so and how many drinks they usually consume. The higher values for the 90th percentiles for frequency (9.5 occasions in the past 30 days) and intensity (11.5 drinks on an occasion) indicate that a small proportion of adults binge drink very frequently, consume large quantities of alcohol, or both, which is consistent with previous findings (4).

Excessive alcohol use is associated with increasing mortality from alcoholic liver disease, which has contributed to recently observed declines in U.S. life expectancy, notably among men, young and middle-aged adults, and persons with less than a high school education and limited income living in rural areas (7). The results of this study highlight the importance of reducing binge drinking, particularly among groups who are disproportionately affected.

The findings in this report are subject to at least three limitations. First, the BRFSS response rate indicates the potential for selection bias to the extent that survey respondents differ from nonrespondents. Second, responses are self-reported and subject to recall, social desirability, and nonresponse biases, which could vary across states and groups, and lead to underestimates of binge drinking (8). A study comparing BRFSS estimates to alcohol sales data found that although they were consistently correlated, survey data substantially underestimated consumption (9). Finally, binge drinking intensity based on the largest number of drinks reported on any occasion in the past 30 days might overestimate intensity. A previous analysis found that among demographic groups, this measure was 0.1–1.2 drinks higher than the reported number of drinks consumed during the most recent binge, but the two measures were strongly correlated (3). However, they were not correlated among adults without a high school diploma; in 2018, intensity by education level was highest among this group.

A population health approach has been shown to reduce excessive drinking, including binge drinking. The Community Preventive Services Task Force recommends the following strategies to reduce excessive drinking: increasing alcohol taxes, limiting hours and days of alcohol sales, and regulating alcohol outlet density. Fewer than one half of adults who report binge drinking to a health care provider during a medical checkup are advised to reduce their drinking (10). Clinicians should follow the U.S. Preventive Services Task Force recommendation to screen all adults for alcohol misuse and provide brief intervention and referral to treatment as needed.

Abbreviations: A/PI = Asian/Pacific Islander; AI/AN = American Indian/Alaska Native; CI = confidence interval; NA = not applicable.
* The study sample included 398,485 adult respondents aged ≥18 years from all 50 states and the District of Columbia with complete information on age, sex, and binge drinking. Weighted numbers were derived through application of survey weights.
† Categories in subgroups might not sum to total because of missing responses for some variables.
§ Binge drinking was defined as consuming five or more drinks (men) or four or more drinks (women) on at least one occasion during the past 30 days.
¶ Prevalence estimates for all characteristics except age group were age-standardized to the 2000 U.S. standard population.
** Married includes unmarried cohabitating couples.
†† Regions were based on U.S. Census Bureau definitions. https://www2.census.gov/geo/pdfs/maps-data/maps/reference/us_regdiv.pdfpdf iconexternal icon
§§ Counties were classified using the 2013 National Center for Health Statistics Urban-Rural Classification Scheme for Counties. https://www.cdc.gov/nchs/data/series/sr_02/sr02_166.pdfpdf icon

Abbreviations: A/PI = Asian/Pacific Islander; AI/AN = American Indian/Alaska Native; CI = confidence interval.
* The study sample included adult respondents aged ≥18 years from all 50 states and the District of Columbia with complete information on age, sex, and binge drinking and who reported binge drinking.
† Binge drinking was defined as consuming five or more drinks (men) or four or more drinks (women) on at least one occasion during the past 30 days.
§ Number of binge drinking occasions in the past 30 days among adults who reported binge drinking.
¶ Largest number of drinks consumed on any occasion in the past 30 days among adults who reported binge drinking.
** Unadjusted weighted medians and percentiles were derived from SAS-callable SUDAAN “proc descript”; variance estimates were derived using the Taylor series linearization method.
†† Married includes unmarried cohabitating couples.
§§ Counties were classified using the 2013 National Center for Health Statistics Urban–Rural Classification Scheme for Counties. https://www.cdc.gov/nchs/data/series/sr_02/sr02_166.pdfpdf icon
¶¶ Regions were based on U.S. Census Bureau definitions. https://www2.census.gov/geo/pdfs/maps-data/maps/reference/us_regdiv.pdfpdf iconexternal icon
*** Estimates are unreliable if the relative standard error is >0.3.

What CDC Is Doing About Breast Cancer

HIV Infection and HIV-Associated Behaviors Among Persons Who Inject Drugs –...

Liberman: Confrontation With Iran Is Only a Matter of Time

Deployment of AMISOM to support Somalia Forces in Garbaharey has restored...

US billionaires became $2.1 trillion richer in 19 months of pandemic

The Evolving Role of Artificial Intelligence, Machine Learning in Politics