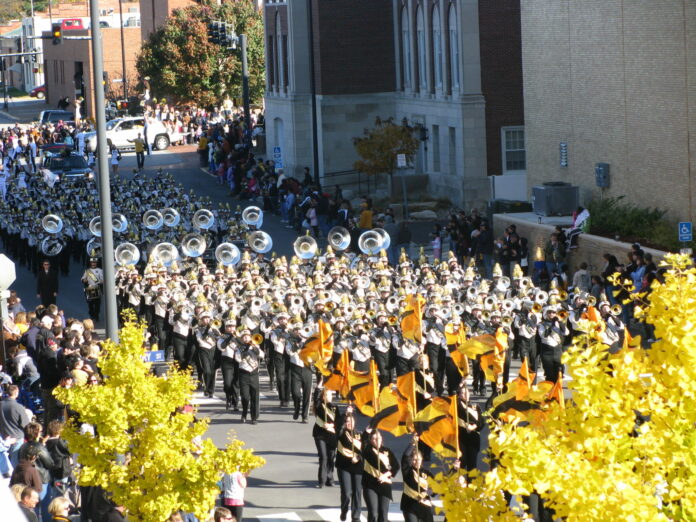 JNS.org – Over the course of its first nine months in office, the Biden administration has had a lot of trouble getting out of its own way on just about every conceivable issue, be it domestic or foreign. Yet one of the few areas in which President Joe Biden hasn’t so far either screwed things up and/or appreciably worsened the situation is the conflict between Israel and the Palestinians.

That was a result of a combination of factors, including the administration’s being distracted by other crises. It was also a function of recognition on the part of even Biden’s advisers, who believe in a two-state solution with an almost religious faith, that the prospects for restarting the dead-in-the-water peace process were negligible.

But it looks like that will be changing in what may be only a matter of weeks.

The Biden administration signaled earlier this year that it intended to reopen a US consulate in Jerusalem that will be, for all intents and purposes, an embassy to a putative Palestinian state. It agreed to delay implementation of the decision until later in the year. While perhaps Israel’s coalition government and some American supporters of Israel may have hoped that the delay would continue indefinitely, Secretary of State Antony Blinken has made it clear to Israeli Foreign Minister Yair Lapid that the moment will soon arrive when the consulate will be back in business.

The administration is trying to portray this decision as not a big deal. After all, Jerusalem was home to an American consulate whose main purpose was to be the diplomatic focal point for Washington’s relations with the Palestinians until it was closed in 2018 by the Trump administration when it moved the US embassy from Tel Aviv to Jerusalem. Despite their opposition to Trump’s recognition of reality, Biden and Blinken have not moved the embassy out of Jerusalem. Still, they believe that reopening the consulate is a gesture that will help reboot relations with the Palestinian Authority and perhaps even encourage an eventual revival of the peace process.

In doing so, they are not merely flouting diplomatic practice since consulates only operate outside of capital cities, as the presence of an embassy renders any other facility superfluous. By re-establishing a consulate to the Palestinians in the Western part of Jerusalem, which is indisputably Israeli territory, Biden is doing more than declaring his belief in two states and the repartition of Jerusalem, which would, in theory, serve as the capital for both Israel and the putative state of Palestine.

Trump’s policies were a signal to Arab and Muslim nations that their support for the century-old Palestinian war against Zionism was getting them nowhere. That paved the way for the first real peace breakthrough in decades in the form of the Abraham Accords. That, in turn, was a message to the Palestinians that the Sunni Arab world was done being held hostage by their intransigence and refusal to make peace with Israel, no matter where its borders might be drawn. Though neither the PA nor its Hamas rivals seemed willing to listen, their isolation created a situation where sooner or later, they, too, would realize that normal national life was a better option than clinging to the fantasy of a world without Israel.

However, the consulate reopening will tell Palestinians that they can forget about having to draw the difficult but necessary conclusions that Trump’s policies were pushing them towards. The consulate, situated as it will be in a Jerusalem neighborhood that not even left-wing Israeli governments would ever consider surrendering, will, like virtually every similar gesture made by both Democratic and Republican administrations in the last 30 years, not encourage Palestinians to think about peace. On the contrary, it will merely serve to convince them that they will pay no price for continuing to refuse to give up a conflict that is utterly futile but which has become an integral feature of their identity.

The only question now is whether anything can be done to stop Biden from this folly.

Were pro-Israel Democrats a powerful voice within Biden’s party, they might act, as Christian evangelicals did with both the George W. Bush and Trump administrations, as a check on any weakening of US support for the Jewish state. But with the anti-Israel progressive left a loud and influential constituency that Biden regards as necessary to the achievement of his domestic agenda and pro-Israel Democratic moderates as deluded about the peace process as the foreign-policy establishment, there’s little chance of them speaking up.

The only force that can do something about it is the Israeli government.

The often incoherent coalition of centrist, left- and right-wing parties headed by Prime Minister Naftali Bennett and Foreign Minister (and prime minister in waiting) Yair Lapid has set as one of its chief goals achieving warm relations with Biden. In principle, that is a laudable goal since it is every Israeli government’s obligation to stay as close as possible to its one superpower ally.

They are aided in this quest by Biden’s and Blinken’s knowledge that this coalition is the only possible alternative to a return to power of former Prime Minister Benjamin Netanyahu, a prospect that they regard with more horror than perhaps the onset of global warming.

They know that the consulate reopening will severely test the durability of the coalition. That’s because its right-wing elements will insist that Bennett do everything in his power to prevent it from happening, up to and including what would otherwise be a routine approval from the host government. If Bennett responds with nothing more than a few futile complaints, then it is entirely possible that his government will lose enough support to fall.

That’s why Blinken agreed to put off the reopening until after the Israeli government passes a budget next month that would, under normal circumstances, guarantee its longevity for at least the next several months.

Lapid, who pays lip service to his own opposition to the consulate but is clearly prepared to live with it, has been trying to persuade Blinken to continue delaying the move. But Blinken, who said this week that the most he will do is create a joint American-Israeli committee on the issue, isn’t budging.

The foreign minister is counting on the threat of a return of Netanyahu to power to keep his partners in line. All the parties and personalities have a lot to lose if the government falls. But Bennett’s own Yamina Party, as well as others on the right inside the coalition tent, is unlikely to tolerate staying in a government that is being pushed around by Washington on a matter of Israeli national consensus.

In his first few months of office, Bennett has faced some challenges, but none as difficult or as crucial to Israel’s vital interests or his own political future as this one. Yet if he learned anything during his years serving with Netanyahu, it ought to have been that Israel can say “no” to the Americans when necessary. The consulate controversy will be one more such moment.

Dragging Lapid and his left-wing partners along with him in resisting the consulate reopening will be difficult. But what we will now learn about Bennett is whether he is the sort of leader who can make other people do things they don’t want to, or if he is the type who lets others make him act against his principles. A determined stand might just force Biden and Blinken to back down, yet if that’s not possible, Bennett’s ability to shape events—rather than be shaped by them—is about to be put to the test on an issue that will have serious implications for his nation’s hopes to maintain the momentum for peace that the Trump administration established.

Jonathan S. Tobin is editor in chief of JNS—Jewish News Syndicate. Follow him on Twitter at: @jonathans_tobin.

Source of original article: Jonathan S. Tobin / JNS.org / Opinion – Algemeiner.com (www.algemeiner.com).
The content of this article does not necessarily reflect the views or opinion of Global Diaspora News (www.GlobalDiasporaNews.com).

On PA TV, Girls Sing That Jews Are ‘The World’s Dogs’

Omicron: Don’t panic but prepare for likely spread, says WHO |

BDS Comes to the Campus, the Streets, and Politics

Is the US Beginning to Take Responsibility for UNRWA?