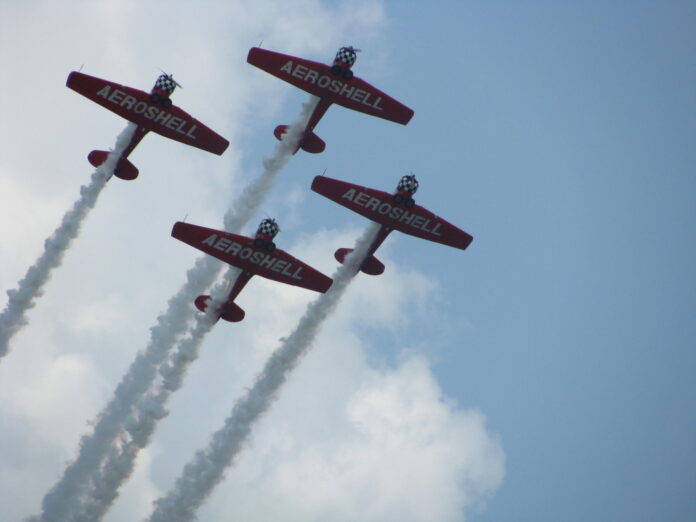 With schools across the nation tossing out its cursive curriculum for coding classes, Brooklyn native Niesha Butler recognized the lack of access Black and Brown children have to technology programs.

Equipped with her passion for sports and technology, Butler started the non-profit organization “Ballin Technology” to help bridge the gap between children of color and access to STEAM technical programs. STEAM simply stands for science, technology, engineering, arts and mathematics.

Ballin Technology is an educational non-profit organization devoted to connecting sports and technology to student-athletes. The organization aims to encourage young people, especially those who play sports, to know and understand they have what it takes to succeed in a the technical STEAM field.

Born in Brooklyn, New York City, Butler said she grew up in Aruba for a few years and then lived in Washington Heights and the Borough of Bronx. She was a New York high school basketball phenom and set the scoring record for both boys and girls. After graduating from Georgia Institute of Technology, better known as Georgia Tech, Butler went on to become a professional basketball player, but always had a separate passion for technology.

“Essentially, I started a startup called Scrap Sports that I build along with a few other people. The reason why I circled back to doing Ballin Technology, was essentially there was a need to connect,” Butler said. “There is an underrepresented population of people of color in STEAM fields, and also in technology. So simply because I love sports so much and I realized that the percentage of kids who play sports who actually go pro is so low, actually less than 1%.”

Butler said there are so many great qualities athletes gain from doing sports such as leadership, teamwork, and discipline. “I thought that those skills and values that sports has, can be translated to help give kids opportunities in STEAM fields,” Butler explained.  Butler had already been teaching coding to inner city youth for the last four years when she launched Ballin Technology in January, 2020. She had been volunteering and giving coding classes for free at her own expense. “The problem was that the kids would come in and they didn’t have computers, they would only have their phones, a tablet, or their parent’s phone,” Butler said. “The kids are so brilliant and so smart, but they did not have computers.”

On one occasion, 25 students had to share five computers. “A friend of mine was like ‘why don’t you start a nonprofit because you could raise money to help these kids?’ instead of self-funding myself. I thought that was probably a better idea and I talked to a couple friends of mine and interestingly enough, once we went corporate, we’ve been able to raise some funds to give these kids actual robots,” Butler said.

Based in Atlanta, Georgia, Butler’s organization helps children in Atlanta, Minnesota, and New York City. Recently the organization went international by partnering up with Heidelberg University, in Spain. Ballin Technology has taught coding to about 100 young people, and currently has 20 students split between the U.S. and Spain that are enrolled in the organization’s programs, according to Butler.

“Last year, we started with some coding classes and we teamed up with Lego, because they have robotics competition, where they make building robots a sport, and we’re like, ‘we really need to focus on kids’ and most of these kids in inner cities love sports,” Butler said. “So that’s our niche, trying to get them to understand STEAM fields, but also be versed in technology, coding and robotics as well.”

Butler said seven young students are getting ready to participate in the First Lego League’s “Replay Challenge” competition where they will have to create a design, program a Lego robot, and go through sports specific/themed missions.

Teaching children well-rounded STEAM skills, Butler said can open so many doors in terms of what career they decide to pursue in the future. “What I like to go by is that when you’re an athlete, you have a 1% chance of being a professional athlete, but when you have a career in STEAM, you have 100% chance of being professional,” Butler explained. “The cool thing about it is that in ranges, you could be a doctor, a physicist, a chemist or something as simple as being a software developer. You could also be an entrepreneur where you have and run your company.”

Wanting to help young people get ahead in this ever-growing digital world, Butler said she encourages kids to be inventors and to create a digital product, whether that’s creating an app, or a physical robot of their own to solve a problem.  When states began to shutdown due to growing Coronavirus (COVID-19) cases, Butler said she recognized that the students would need the organization’s program more than ever before.  “I went to my donators and I said ‘listen now more than ever, we need to raise money so that we can offer these kids access to any kind of technology and extracurricular activities. These parents are struggling, how can we not do something. Parents were scrambling about what to do their kids, so I felt an extra added responsibility to do my part,” Butler said. “Sometimes my mom would tell me ‘when you’re really feeling down, the best thing is to help somebody else,’ and I felt like this program was, in fact, helping somebody else and helping the kids.”

“I just think, for me, just like everybody else, you have a choice to make, whether you’re going to be a part of the problem or part of the solution. I thought just doubling down on this and just help people in any way I can. I love it, I’m passionate about it, and it helps me too,” Bulter said.