Amendments to the Public Audit Act, that came into effect in April 2019 with the express purpose of giving the Auditor-General (AG) power to take remedial action against government entities flagged for material irregularities, are at risk of being rendered useless by law enforcement agencies and other public bodies that are taking too long to conclude cases referred to them for investigation by the AG.

In her report tabled in Parliament yesterday titled ‘Material irregularities in National and Provincial government’, the AG revealed that it is taking, on average, close to two years for law enforcement agencies such as the Hawks, SAPS, State Attorney, Special Investigating Unit and Competition Commission to conclude cases referred to them for investigation.

The DA has written to the Chairperson on the Standing Committee on the Auditor-General, Sakhumuzi Somoyo, requesting that he invites heads of the aforementioned agencies to come and account to Parliament on why they are failing to conclude their investigations timeously to enable the recovery of public resources from offending parties.

With the AG confirming that over R12 billion has been lost by the state over the 2021/2022 audit reporting period, the failure to conclude material irregularity cases on time ‘hampers the timeous recovery of financial losses, consequence management processes and criminal proceedings’.

In fact, due to the lengthy time taken to finalize investigations against suppliers flagged for irregular business conduct with government departments, some suppliers have had the audacity to liquidate their businesses to avoid having their assets attached and liquidated. Offending parties are essentially ‘gaming the system’ in open mockery to the new AG powers which were meant to hold them accountable for abusing taxpayer money.

Without mincing her words, the AG made it clear in her report that the state is unable to recover financial resources and institute consequence management against officials because:

In order to ensure that the AG’s newly acquired powers do not become a footnote in the public consequence management ecosystem, the Standing Committee has to come to the party and heed the AG’s call in which she calls ‘on committees in Parliament and the provincial legislatures to continue to advocate for action by accounting officers and authorities and their executive authorities, while also paying attention to the problems experienced by public bodies in playing their role in the accountability ecosystem’. Failure to act will breed impunity and sustained abuse of public resources by public service employees and suppliers with ill intent. 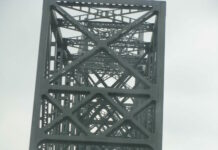 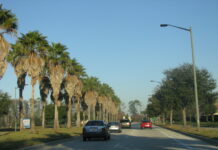 Presiding Officers satisfied with state of readiness for SONA 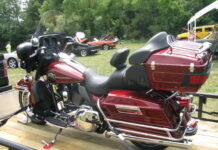 Your guide to the 2023 State of the Nation Address