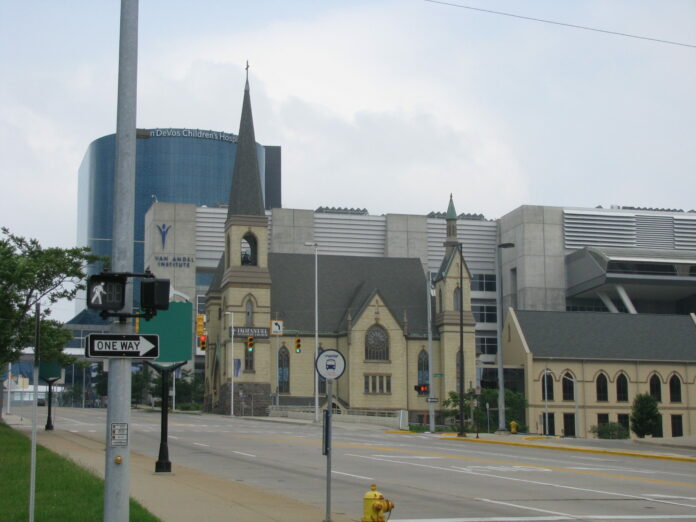 A video published on May 12 by the Associated Press (AP) about Israeli police dispersing “protesters” in Jerusalem following the death of Al Jazeera reporter Shireen Abu Akleh, did not include a single reference to the violence, fueled by Palestinian incitement, that has gripped Israel’s capital city in recent weeks.

Someone casually viewing the AP’s video could come away with the mistaken impression that Israeli security forces were overreacting to what is seemingly a peaceful protest featuring people doing little more than waving Palestinian flags.

Yet, such a conclusion would fail to take into account the known connection between crowds marching with Palestinian flags and the mob violence that tends to ensue.

With proper context, the response of the Israeli police starts to make sense.

On the same day of the demonstration covered by the AP, a Palestinian man was shot in Jerusalem’s Old City after lunging at officers. According to the police report, the terrorist had attempted to attack a police officer near the flashpoint site of the Temple Mount, running at the officer while shouting “Allahu Akbar” (“God is Great” in Arabic).

But this incident was not included in the AP’s video.

And this attack was only the most recent example of Palestinian violence in Jerusalem. A stabbing attack took place on May 9 at the Damascus Gate of the Old City, wounding a Border Police officer. And during Ramadan, Jerusalem has witnessed a spike in violence. On the second Friday of the holiday, over 150 people were injured, and 400 people were arrested as Palestinians — some of them hurling fireworks, rocks, and petrol bombs — clashed with police on the Temple Mount.

Indeed, the riots on the Temple Mount were part of a wave of terror attacks across Israel that have left 19 people dead, and dozens more wounded.

The failure of the AP’s video to include crucial background information about Jerusalem being a powder keg for mob violence is especially egregious in light of the fact that the footage features a well-known symbol used by rioters: the Palestinian flag.

This is how the international news network France24 reported on clashes that took place at Jerusalem’s Al-Aqsa Mosque on the final Friday of Ramadan:

In the early afternoon, a crowd of Muslim worshippers gathered at Al-Aqsa. Some people waved Palestinian flags and the colours of the Gaza Strip-based Hamas militant group. [Emphasis added]

During the same period of time in 2021, The New York Times reported that simmering tensions in Jerusalem included “an unusually high number of Palestinian citizens of Israel [sic] [who] protested in solidarity with Gaza following the airstrikes, with many photographed waving Palestinian flags.”

The airstrikes mentioned by the Times were in response to the launching of rockets from the Gaza Strip, a territory ruled by US-designated terrorist group Hamas, at population centers inside Israel.

Also in 2021, outbreaks of violence on the border between Gaza and Israel included people inside the coastal enclave waving the Palestinian flag.

Meanwhile, Palestinian Authority chief Mahmoud Abbas has ordered that flags throughout the West Bank be flown at half-mast every November 2, the anniversary of the Balfour Declaration.

Unrest in Jerusalem and other parts of Israel this time of year is nothing new: historical data finds a 200 percent increase in Palestinian violence during Ramadan.

However, someone with little prior knowledge of this reality who views the AP’s video is being kept in the dark about chronic incitement, as well as the continued rejection by Palestinian leaders of Israel’s right to exist.

Until the powers that be in Ramallah and Gaza City accept Jewish self-determination, peace will continue to be elusive.

Palestinian Officials Use Planning Dispute to Wage Battle Against Israel

The Angel of Death at Mount Meron

PA Leader: Israeli Prisons Are ‘Identical Copy of Auschwitz and the Death Camps’

A Legal Inquisition: The UN’s Latest Attempt to Demonize the Jewish State Is Exposed

Expect More of the Same in Lebanon