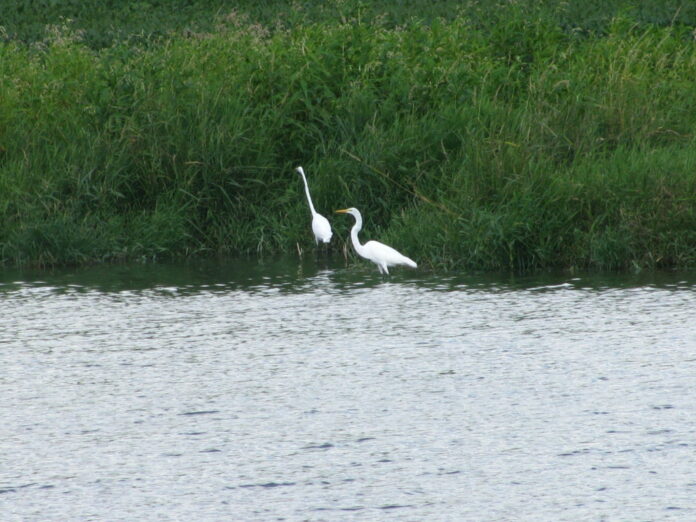 The second-hand clothes business is huge in Africa raking in billions especially in Kenya, Tanzania, Ghana, Uganda and Benin.

These five countries are among the world’s biggest markets for used clothing sold to the masses due to affordability. So big is the business in Kenya that importers saw a 4.9 per cent increase from US$157.4 million in 2018 to US$164.8 million in 2019.

Data by the Economic Survey 2020 shows that Kenyan traders imported 185,000 tonnes of used apparel in 2019 alone. That same year, the second-hand clothes industry popularly known as Mitumba contributed KShs12 billion (US$110 million) translating to US$10 million per month.

Various statistics show that an estimated two million Kenyans are in gainful employment through the mitumba industry. The second-hand clothing industry falls under the Small and Medium Enterprises (SMEs) sector in Kenya which generally employs about 86 per cent of Kenyans.

The sector contributes about 45.5 per cent to the gross domestic product (GDP) of the East African nation. And this is just the tip of the iceberg.

Demand rather than supply is driving the used apparel business in Africa.   For many people in Sub-Saharan Africa (SSA), incomes can only support the buying of second-hand clothes. Imported second-hand clothes and footwear show there is a domestic demand which must be met.

Liberalisation policies introduced in the late 80s and early 90s have enabled the proliferation of the second-hand clothes market. The success in the sector has largely been driven by the competitive edge over local garments industries. Up until the 1980s, homegrown garment and other businesses were protected through high tariffs which enabled them to thrive.

After governments opened up the textiles industry through liberalisation, the imported second-hand clothes sector has grown in leaps and bounds. In Kenya, for instance, many textile industries closed down with the mitumba industry bearing the blame.

To stem the tide, in May 2015, Kenya’s parliament approved the disbursement of KShs500 million (US$5 million) to revive textile firm Rift Valley Textile Mills (Rivatex). The firm went under following the liberalisation of the textiles market leading to its inability to compete with cheaper imports of second-hand clothing.  Following the collapse of Rivatex, more than 1,000 employees lost their jobs. The cotton value chain was also negatively affected with farmers who provided about 900 tonnes of cotton to Rivatex losing the market.

The liberalization of the textile industry was among a raft of economic programmes backed by the World Bank and the International Monetary Fund where tariffs were lowered leading to local factories having to compete with the influx. This led to many companies failing and then shutting down altogether.

With the factories closure, second–hand clothing filled the gap wherever there were limited alternatives.

For many in the local textiles industry, Africa cannot build its own industry when cheap imports flood its markets.

In 2018, Rwanda banned second–hand apparel imports to boost its textile industry. The move was not welcomed by the US which ended Rwandan duty-free export privileges. Despite that, the East African nation has adapted remarkably well.

The privileges Rwanda lost were under the African Growth and Opportunity Act (AGOA) trade programme which allows eligible sub-Saharan countries duty-free access to the United States. This access is in exchange for eliminating barriers to US trade and investment.

Rwanda implemented the ban alone despite having a unanimous agreement between the East African Community (EAC) leaders from Kenya, Uganda and Tanzania who gave in to pressure from the US and chose the economic benefits accrued under the AGOA.

The irony is that Africa remains one of those places where the second–hand clothing market is thriving despite countries like Uganda, Mali, Chad, Burkina Faso and Togo being renowned cotton producers.

To revive the local textiles and apparels industry, governments have been asked to permanently ban second-hand clothing imports.

When Kenya temporarily banned the importation of second-hand clothes in March last year as a precautionary measure to prevent the spread of the coronavirus, Secondary Materials and Recycled Textiles Association (Smart), a US lobby group, protested. Smart disputed that Covid-19 was not spread through second-hand clothes and shoes.

Kenya’s Ministry of Industry, Trade and Co-operatives Cabinet Secretary Betty Maina said then that the ban was temporary and would be lifted when the pandemic was over.

The US Agency for International Development (USAid) notes that the second-hand clothes industry employs more than 355,000 people in East Africa. The sector also supports the livelihoods of 1.4 million people according to the agency.

In 2019, lobby groups from the United Kingdom called for a ban on second–hand clothing exports saying that Britain was dumping them in East Africa.

Fashion Revolution co-founder, Orsola de Castro, said that used clothes were being donated as a goodwill gesture but that had now changed into an act of dumping.  de Castro argued that East Africa had become dependent on unwanted Western fashion products which had dire consequences on local manufacturers. Estimates show that more than 80 per cent of used clothes donated by the British end up in second-hand markets in Africa every year.

The UK charity said that despite the second-hand clothing providing African governments with revenues from custom duties and the creation of tens of thousands of jobs, the industry destroyed local manufacturers who cannot compete on a level playing field with the cheap imports.

On a blanket ban by countries most affected by the cheap imports, the EAC agreed in 2016 to a complete ban on used clothing imports by 2019. One of the major reasons behind the ban was that the low prices of such items were holding back development.

Global trade in used apparel continues to grow with worldwide growth expected to hit US$64 billion by 2024.

This means that Africa will have to do more than banning trade in the sector that has lifted millions out of poverty.