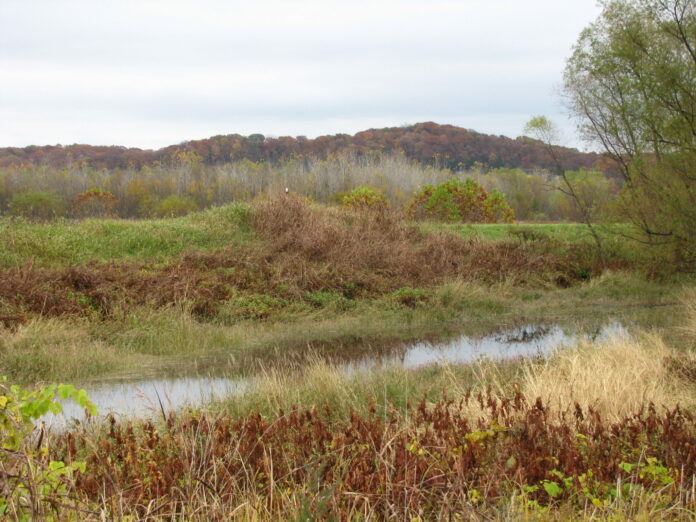 Once completed, the La Gogue dam will be 45 metres deep and will see an increase in capacity of 60 percent. (Public Utilities Corporation)

(Seychelles News Agency) – The African Development Bank (AfDB) is satisfied with the work being done to increase the storage capacity of the Seychelles’ La Gogue Dam, a top official of the bank said on Wednesday.

“We are very impressed with the project’s progress as we have noted that a lot of work has been done since our last visit,” the director general of the Regional Development and Business Delivery office for East Africa, Nneenna Nwabufo, told reporters.

As part of her official mission to Seychelles, an archipelago in the western Indian Ocean, Nwabufo visited La Gogue dam which is being financed by the AfDB through a loan agreement worth $20.6 million signed in April 2015.

The AfDB delegation visited the dam and was briefed on the works being done by the project manager, Erna Victor.

Victor told reporters that the funding received by AFDB has gone to construction, payment of consultants and a feasibility study for a potential dam at Grand Anse.

“Today, we got to show the AfDB delegation the progress done at the La Gogue expansion project as well as briefed them on the additional works we are doing and we at PUC (Public Utilities Corporation) are satisfied with how it is going and are confident that it will be completed by the end of next year,” said Victor.

Through the project, the La Gogue dam, which is the largest water storage facility on Mahe, the main island, will be 45 metres deep and will see an increase in capacity of 60 percent. Once completed the dam will be able to store 1.6 million cubic metres when full. The project is part of the Mahe Sustainable Water Augmentation Project.

Nwabufo said that despite the work being over 90 percent complete, the finishing touches are very important because they can reveal other things that need to be fixed.

“We are glad that to see the development up to this stage, although I am sure that a lot more progress would have been made if it was not the COVID-19 pandemic’s effects,” she added.

Work on the dam which was originally scheduled to be completed by 2019 will now end in December next year. The project encountered several delays including travel restrictions amind the COVID-19 pandemic so the experts needed were unable to come into the country.

“It is important for these additional works to be done because if we cut corners in such projects, we are going to end up with structural problems in the future, which will cost a lot more to repair,” said Nwabufo, when asked about any additional financing that may be required to complete the project.

The dam will be fenced off to prevent access by unauthorised people while a road will also be built all around. The original dam was built in 1976.