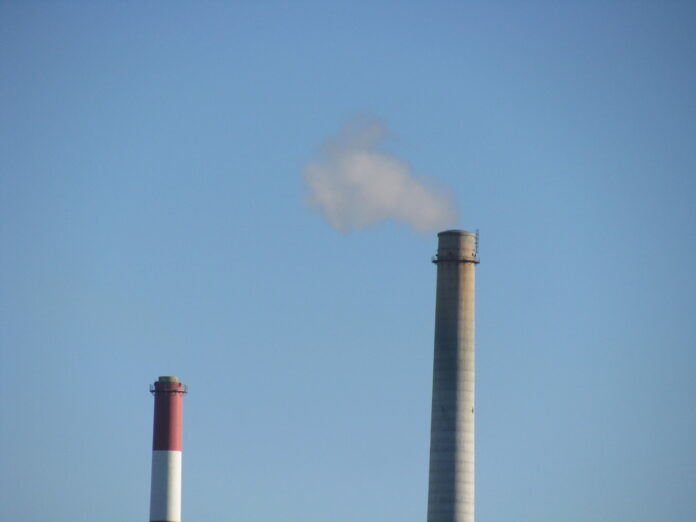 As concern over fast-spreading coronavirus variants continue among even highly-vaccinated populations, an Israel-based pharmaceutical company is hoping that its oral drug candidate will help get COVID-19 patients off oxygen support more quickly.

RedHill Biopharma says it is only weeks away from a make or break point to show the effectiveness of its drug candidate, opaganib, in treating patients with severe breathing-related symptoms caused by the coronavirus.

“Delta variants are scaring everyone, rightfully so, and more and more people are nervous about what’s going to happen. Vaccines are being less and less effective than we thought as the rate of infection is becoming higher and higher,” Guy Goldberg, Chief Business Officer at RedHill Biopharma told The Algemeiner during an interview.

“It is not just the question of people who are unvaccinated. This is an emerging story, and one that threatens to bring the whole world back to square one,” he said. “The need for therapeutics is as strong now as it ever has been during the pandemic, and there is not enough innovation out there.”

A chemical entity, opaganib is an inhibitor which acts on both the cause and effect of COVID-19. It has a dual mechanism of action as it is anti-inflammatory and antiviral, which the company hails as a big differentiator with other treatments.

“A lot of the drugs out there only work on the inflammation or they only work on the virus. Both aspects of it need to be addressed because you can have a virus spiraling out of control if you only notice the symptoms, the virus will continue to do damage,” Goldberg explained. “On the other hand, if you only address the virus the inflammation cascade can get out of control and you can still have a very sick patient get worse even though you really have the virus under control.”

As an oral pill, the drug can be easier to prepare, administer and distribute than injectable treatments like Gilead Science’s remdesivir.

Earlier this week, RedHill Biopharma finished the late-stage Phase 2/3 randomized, double-blind, placebo-controlled clinical trial in 475 patients with severe COVID-19 pneumonia conducted in Israel and other countries, including Brazil and in Europe.

Goldberg said the company is weeks away from the results, and that if they are positive, the treatment could be a “game-changer” for more severe cases of the virus.

“Our dream is that we meet our primary endpoint which is having patients weaned off oxygen in a statistically significant way,” he said.

Goldberg argued that drugs like remdesivir could have more limited effectiveness when it comes to variants, which are mutations to the spike protein, as they mostly attack the virus specifically.

“The virus mutates, so there are changes in the virus by protein and the drug might be less effective because now the target is changed — so it might have been effective against the earlier variants, but the new variants are different in the way it is designed to attack the virus,” Goldberg said.

Opaganib works on the body cell rather than directly on the virus, he said, preventing “the host from allowing the virus to enter the cell, and it inhibits the virus from replicating and spreading the infection.”

Working with the University of Louisville Center for Predictive Medicine, opaganib was studied in a 3D tissue model of human bronchial epithelial cells to evaluate the in vitro efficacy of opaganib in inhibiting the Beta, which is the South African SARS-CoV-2 variant, and Gamma, the Brazilian variant. Preliminary results showed potent inhibition of both variants by opaganib at non-cytotoxic doses.

“The results we have seen with opaganib so far are exciting,” said William Severson, Director of Shared Resources for the Center for Predictive Medicine at the University of Louisville. “They provide further evidence in support of opaganib’s antiviral capabilities and highlight opaganib’s potential as an orally-administered treatment for COVID-19 and its continuously emerging variants.”

The study was done before the widespread emergence of Delta, the Indian variant, but researchers hope that the drug will maintain its effect against that variant, due to the same mechanism of action.

The Delta variant now makes up 83 percent of all new US cases of the coronavirus disease, while recent data coming out of Israel suggested that the effectiveness of vaccines against the Delta variant may be lower than previously thought.

Additionally, RedHill Biopharma reported “positive results” after making the drug available for compassionate use in hospitals in Israel and Switzerland. Following a 14-day therapy, hospitalized patients with severe COVID-19 infection, who required supplement oxygen were able to walk out of the hospital.

“Without opaganib you would expect about a third of them to progress onto mechanical ventilation time, so the fact that all of them were discharged is a very good response,” Goldenberg said. “So this is just compassionate use, but it’s anecdotal.”

If the study results show that the drug is safe and effective, they could open the door for emergency use approval in the US via the Food and Drug Administration. Agreements with other regulatory agencies worldwide could then be next, with possible interest in places like India, South America, Brazil, and South Africa.

“The good thing about being a small molecule is that you are much less expensive to make, and as a result you can also sell it for a lot less money,” Goldberg said.

Source of original article: Features – Algemeiner.com (www.algemeiner.com).
The content of this article does not necessarily reflect the views or opinion of Global Diaspora News (www.GlobalDiasporaNews.com).