Oilwatch frowns at the choice of the head of Abu Dhabi National Oil Company in the United Arab Emirates (UAE) to preside over COP28. The past COPs have had an overbearing presence of delegates from the fossil fuels sector. Indeed, at COP27 held in El Sharm Sheikh, Egypt, the sector had more delegates than any single country. Having the head of an oil company as the president of any COP is a form of climate denial. At a time when the world should make every effort to shift from fossil fuels to renewable energy, this appointment is a clear indication of climate change denial.

The announcement of the oil chief as the COP president, it clearly shows that COP28 is highly compromised. The appointment of Sultan Al Jaber who serves as the minister of industry and advanced technology for UAE and also as the chief of the Abu Dhabi National Oil Company (Adnoc), which is the world’s twelfth-largest oil company by production, is certain to lock in false and risky solutions in the UNFCCC process. The COP is meant to tackle global warming, not compound it.

Nnimmo Bassey member Oilwatch international steering committee stated that “The last two COPs crawled with delegates from the fossil fuels sector and they have been responsible for blocking real climate action or derailing negotiations. Their heavy presence has led to the COP being unable to call for a fossil fuels phaseout — even though it is the sensible thing to do. Now UAE spits in the face of flooding, drowning, and other climate-impacted nations by appointing the chief among polluters to preside over COP28. We call on the UAE to rescind this appointment. It is the time to kick polluters out of the COP, not a time to make them the chief directors of proceedings. If they maintain this appointment, the COP would have earned its title as a Conference of Polluters”.

The coordinator of Oilwatch Africa, Salome Nduta stated that “The appointment of Abu Dhabi chief or that of anybody who has an interest in oil will definitely gag genuine discussions on the protection of the environment. It is a deliberate attempt to reverse minimal gains made so far, oil companies who are the main polluters and violate of rights should not be made to be the judge in a matter against it. Entrusting one of their own is a blatant violation of rights and conflict of interest”.

Kentebe Ebiraidor, the coordinator of Oilwatch International in his reaction stated “It is amusing to have the chair of a multinational company play host for COP28. This has shown that the discussions would be centered on profit over people, and it is a clear indication that COP28 has been billed to fail before it begins. This is also a clear indication that the communities and the environment will suffer because the decisions that would come out its discussion which will in no way be meaningful nor in favour of the people. Oilwatch International asks that UAE retrace its decision by changing the president of the COP”.

This hypocrisy must stop. 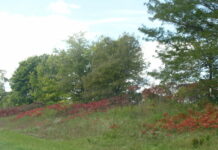 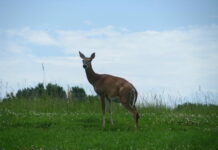 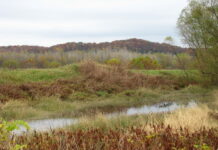 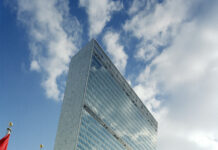