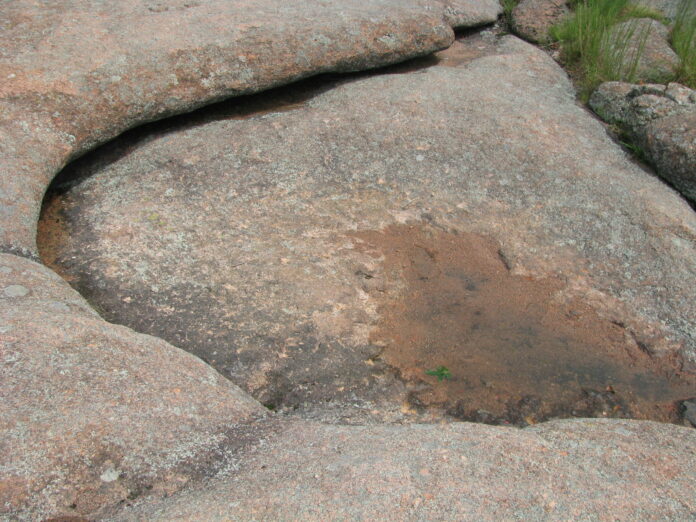 Before he became the poultry king of Ghana, Kwabena Darko was a young student in central Israel.

Hailing from a small village in Ghana’s southern Ashanti region, Darko won a scholarship in the late 1950s to study poultry science and agriculture at the Ruppin Institute, near the Israeli city of Netanya. By 1967, he had returned to his home country and left his family pasture to start Darko Farms, which has since grown to become a chicken-producing empire and one of the largest agricultural businesses in Ghana.

Fledgling Ghanaian entrepreneurs inspired by Darko’s journey will now have their own chance to learn from Israel’s world-renowned agriculture expertise, and use it to improve the local production of cocoa, yams or other key crops. At least five local agri-tech startups will be chosen to participate in the Israel-Ghana AgriTechAccel — a six-week week virtual program starting on October 11.

“A lot of Ghanaians were sent to Israel, came back and became preachers for Israeli agriculture. One of them is now a millionaire. They know that Israel is very big on agriculture and technology,” Shani Cooper, Israel’s outgoing ambassador to Ghana, told The Algemeiner after having recently ended her 5-year tenure. “They adore Israel also because of the religious, biblical-oriented education. I can drive on the road in Ghana and I can see people selling Israeli flags together with US flags.”

The pilot accelerator program — managed by the Israeli Embassy in Ghana, the Pears Program for Global Innovation in Israel and Innohub Limited — seeks to help promising Ghanaian startups bring their ideas to the next level with the help of Israeli tech experts, and to support Ghana’s desire to expand productivity in the agricultural sector.

“These will be agricultural startups that already have a prototype, a solution at hand; they tried it out and now it is time to upgrade it. The idea is that startups and farmers will gain,” said Cooper. “The Israeli experts will mentor the startups on technology rather than how to do business in their own country.”

Nelson Amo, CEO of Innohub, said that the accelerator seeks to help participating agri-tech startups refine their products by improving their software or hardware solutions.

“Only once the startups are selected we can build up profiles to understand their needs. Our Israeli partners will then look for the Israeli experts who are able to provide the guidance and coaching for their needs,” Amo told The Algemeiner. “This is the first accelerator focused on product innovation targeted to refine software or hardware solutions rather than helping startups with their business model.”

According to Cooper, agricultural startups in Ghana face two main challenges: one, the difficulty in product commercialization, especially to international markets; and second, the gap facing tech businesses whose products are not yet as technologically advanced as they need to be.

The latter need, Cooper said, is not being answered by anyone today, and it’s where the Israel program hopes to make a difference.

A typical example might be Ghanaian startup with a solution on irrigation that is currently too basic to be used for the whole of West Africa. An Israeli water engineer with an understanding of the innovation ecosystem could then help such a company further develop its project.

“We are opening this accelerator in order to take already matured agri-tech startups with a product and elevate or upgrade its technological level for it to be really able to compete in the international arena, or even in West Africa,” Cooper said.

The mission feels natural to the 43-year-old diplomat, who was born to a farmer’s family in Israel which still today grows eggplants and dates.

“My father is the first generation of farmers and I think probably will be the only one in our family — while Ghana has decades or centuries of agricultural tradition,” said Cooper. “Ghana is very rich with water. Their soil is very fertile, you just throw a seed, and it blooms with anything.”

In recent years, however, the population in Ghana is rising while the food is not, as desertification and climate change have added more challenges.

“You see that at the end of the day, Ghana finds itself importing food and agricultural products, like tomatoes, rice, potatoes, and so on,” said Cooper.

Israel, on the other hand, is not a seemingly natural place for agriculture, with a great deal of arid or semi-arid land and poor soil.  But the Jewish state has famously undergone an agricultural transformation to achieve national food security and build a thriving export industry.

“In Israel we started way, way earlier than Ghana because we had the need. When we speak in Israel of agriculture or traditional Israeli agriculture, this is already high-tech agriculture in Ghana. The gaps are so big that things we have long forgotten, they are trying to apply right now,” Cooper said.

One of the challenges faced by farmers in Ghana is to extend the shelf life of fruits and vegetables, Cooper added.

“In Ghana, you can buy a cucumber or avocado and within a day you will not be able to use it. You buy tomatoes, which are almost rotten because in these two or three days that they were waiting to get to the market they didn’t survive. There is a need for economically viable storage solutions that farmers can pay for,” Cooper said.

Another issue is poor road quality in some areas of the country, which makes it difficult to transport fruits from western agricultural areas to major cities elsewhere. Better capabilities are also needed to learn how to boost productivity, and how to use seeds more efficiently.

“Ghana is the number one cocoa producer in Africa, and cocoa has a lot of uses. Not only for chocolate. The cocoa plantations in Ghana suffer from a pretty bad virus from the trees,” said Cooper. “How do you solve this? The most basic thing is irrigation that will fit into the economical capability of the farmer and will not use a lot of electricity, because there is no electricity in these places and will give a good substitute for rain in the dry season.”

The second ambition of the Israeli Ghanaian accelerator is for Israeli startups or companies to visit Ghana next year to be mentored by their counterparts.

“They will learn from Ghanaian companies and mentors. This will not be on technology; this will be on the market, marketing in Ghana, and will involve meetings with agricultural companies and big farming companies,” Cooper explained.

She noted that Nestle West Africa, which is based in Ghana, has already expressed interest — offering the prospect of a boost for Israeli companies seeking to sell to the multinational conglomerate, alongside local growers.

“The project will give them a foot in the door to the market in West Africa, beginning from Ghana, and will allow them really to develop solutions to West African challenges,” Cooper said.

Source of original article: Features – Algemeiner.com (www.algemeiner.com).
The content of this article does not necessarily reflect the views or opinion of Global Diaspora News (www.GlobalDiasporaNews.com).